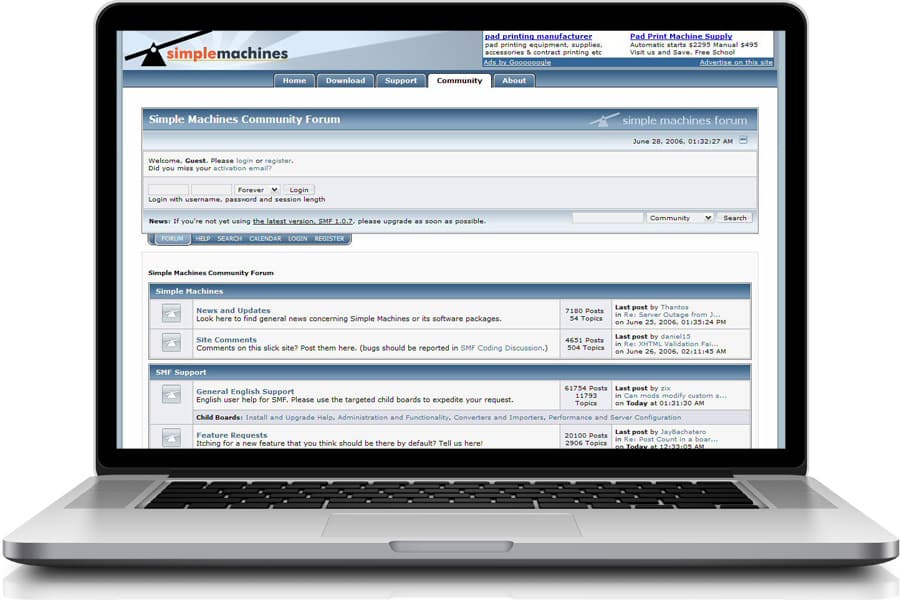 Simple Machines Forum, also known as SMF is a free open-source discussion board system, written in PHP. It gives you the opportunity to create your own forum and manage it with ease.

The application was first released in 2001 by the sixteen-year-old Zef Hemel and it was called YaBB (Yet Another Bulletin Board). Later, in 2003 the application was renamed to Simple Machines Forum and the first beta version was released under the name SMF 1.0 Beta 1. During the years of enhancement the developer’s team has experienced several difficult periods but since 2006 they are constantly improving their product.

In 2010 the Simple Machines company has transformed itself into a non-profit organization.

A year later – in 2011 the team has gone the extra mile to release the brand new SMF 2.0 branch. It has various features added to the codebase along with the important security improvements.

As you should know it is very important to use such software that has a big community of users who use it, so, in case that you experience any difficulties or issues, you can rely on them. Fortunately, you can benefit from the assistance of the SMF support team, who are always there for you.

The application itself gives you the ability to perform various tasks such as managing the roles and permissions of the users, adding languages, implementing different styles. Additionally, you can download different modules and themes for free from the official SMF repository.

This software provides a very user-friendly interface and its management is pretty straightforward and intuitive. Having this in mind everybody should be able to use it without any issue since you are not required to have any technical knowledge.

It is also important to know that the script gains more and more popularity worldwide and it is one of the most commonly used discussion board platforms. You can see this on the following chart in which we have covered the market share of the most popular applications in this sector: 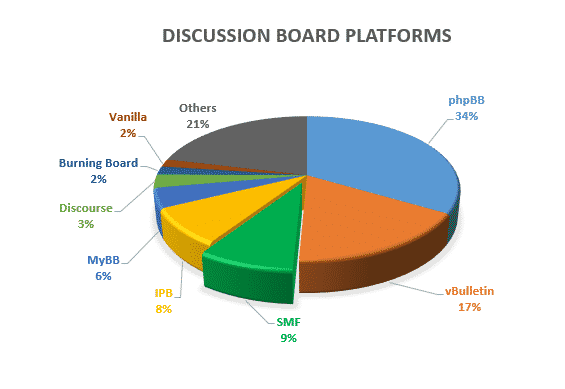 SMF is not right for you?

How to set forum under maintenance?
How to administrate forum users?
How to modify your vBulletin avatars, post icons, smilies and BB Code?
How to change vBulletin themes?
How to install vBulletin?
vBulletin Introduction

How to install SMF automatically?